The Golfing application allows the participants, players and viewers to keep track of their games, scores and events. Real-time stats, metrics and leader board to view the players' performance over multiple events. It excels in delivering robust web applications with a solid framework. The application allows registered and unregistered players to participate in the event. A platform for the golf players to engage in a public conversation or private communication through features akin to popular social networks. 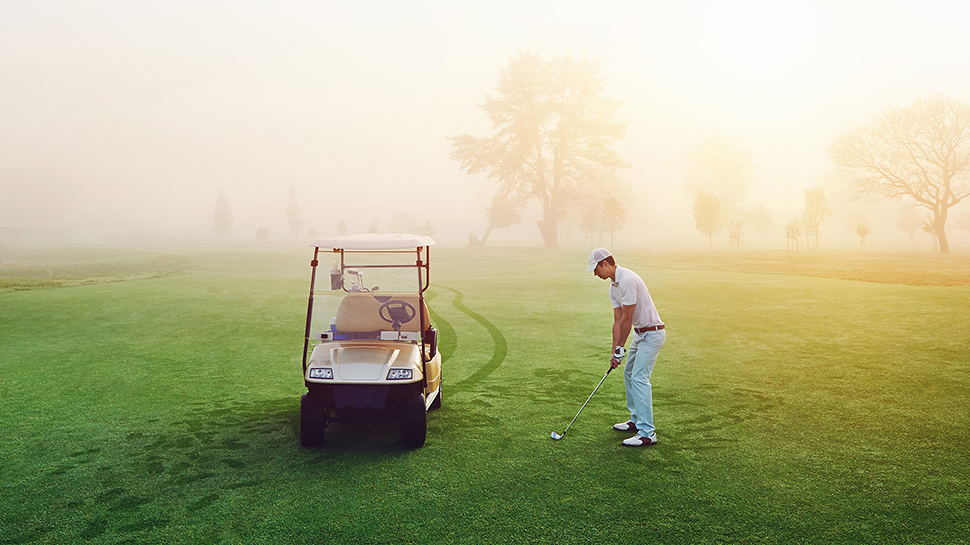 The Golfing application was already considered to be built on cutting edge web technologies so that it requires less number of upgrades over a pre-defined time period therefore helping attain ROI at a quicker rate. Moreover with the strict deadlines to demonstrate features to the golf associations & launch at a tech event, a vendor was required with a history of working with latest technologies and the ability to deliver within strict deadlines. Allerin, with over 10 years of consulting and immense experience of delivering end to end solutions using Ruby on Rails, stood up for the challenge to ensure timely achievement of milestones and on time delivery of a full end to end IT solution for a game which was present since the 15th century but never benefited by the available & ever improving web technology to bring the golf playing community closer until now.

The following critical guidelines & high level requirements had been outlined which must be met by the proposed solution which would address the inadequacies faced by the golfing community in terms of technology & assistance through the existing applications available (both commercial & legacy):

The challenges were profound in the sense that the proposed application was aimed at a niche target user base: people who played professional or causal golf. These meant the issues were unique & could not be drawn parallel to other sports based apps. IT systems available for the Golf community was already scarce & getting reviews or dry runs on the legacy systems used by the large sports industry corporates was out of the question. The sport itself had also to be understood to allow us to provide a better perspective and consultation on the technology that is to be implemented. Once the rules of the game, its formats and how it is played had been understood much of the issues were associated with the implementation of the proposed Golfing application. The following are considered to be the major challenges posed to any Golfing application which wanted to make its presence in this unchartered sports domain:

The Golf application has been designed & implemented by Allerin using the following technologies:

The Golfing application has been beta launched to the participating golf associations for now & would be launched at a major tech event shortly. With over 100,000 invited & registered association members, hundreds of events being hosted and scored within the application on a monthly basis, it can be safely deduced that the application has completely met the expectations of the business and has a successful beta launch. The player base of 40 & above has taken to the application with great enthusiasm and is using it to keep a tab on their scores & metrics over the weekend games. With only single & multi round tournaments being played mostly by the members, the application has maintained perfect balance between performance & stability which can be accounted to the stringent code review and testing processes included within the development sprints. With the upcoming golf season, more multi round & multi golf course tournaments would be held which would again stress the application in real world scenarios. Application is being monitored in real time through 3rd party performance monitoring apps & there is no doubt that the app would be able to handle the upcoming rush of data with quite ease.

A robust framework has ensured that both the web & native mobile app can access and process the data with tremendous speed with no visible lag times. The mobile app requires at least a 3G connection for efficient usage due to the high volume of data that is transacted over multiple events. The iOS app has seen more hands on usage from the players than the web app as it provides the ease to browse the calendar, join events, submit scores during play & view the real time leaderboard as the game progresses. The feeds, messages & notification features are also available within the mobile app thereby allowing the players to engage with their friends through it without requiring using the web version. The business aimed to change the way the community played golf, with having them move from the pen-paper to a modern way of keeping scores & accessing real time stats through mobile & web apps to help improve themselves or engage in friendly games. With the timely deployment of Golf Rival, Allerin has successfully helped the business deliver its commitment to the golfers, to make the game more enjoyable, with more advanced features in the pipeline to be launched in the full version.

Medical Social Networking web application connects the medical fraternity with their patients. It allows the doctors to serve the people in need without geographical limitations. Allow patients to maintain their own medical records online and share with any doctors registered with the site.